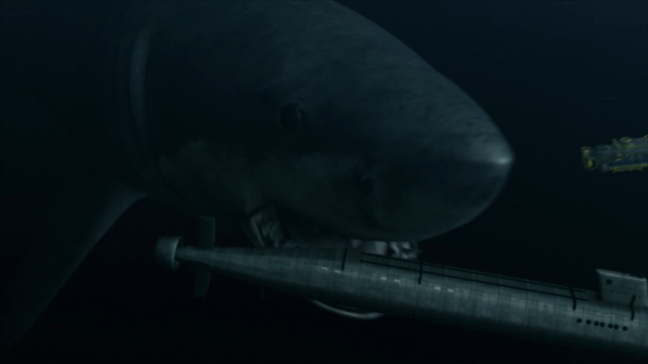 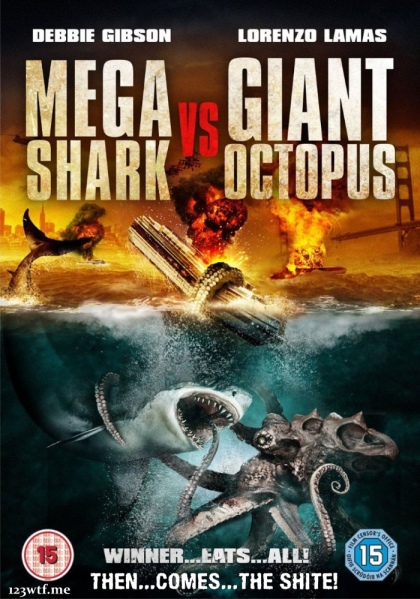 It wasn’t too long ago that I posted a review of Sharknado: a film that was so WTF!? I nearly came twice to the conclusion that it is the epitome of all that this blog and WTF stand for (Watch the Film). It would seem only natural, then, that I should try to recapture that same allure with all of Asylum Films / the SyFy Channel’s body of work. The first body I’ll start with is the mother of all shark films, the first in the series: Mega Shark vs Giant Octopus.

0:00:10 The opening scene of Mega Shark vs Giant Octopus takes place in the snow covered Alps. So unlikely, I like it.

0:00:34 Starring Deborah Gibson. Our little Debbie has grown up. #RobinSparkles

0:02:09 The setting is the Chukchi Sea, off the Alaskan cost. I may have been mistaking about the Alps. 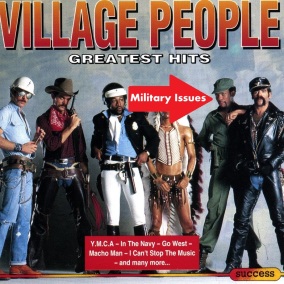 Remember, Lieutenant, this mission is classified. Should there be any trouble, the government will deny its existence.

The pilot of the toy helicopter is ‘military’ (as ‘military’ as the soldier in the Village People), and he’s surveilling the water before the military does a secret test. Emma MacNeil (Deborah Gibson) and her sidekick are civilians who will soon find themselves trapped in the middle of the shite, much like the other actors in this film.

0:05:22 The lieutenant is going to drop an LFAS. I think he meant to say LAFS, because that’s what he’s going to get.

0:07:24 The LFAS (Low Frequency Active Sonar) is causing the pod of sperm whales to swim into the glaciers. Debbie is angry, as she’s quite a fan of the huge sperms.

0:07:40 WTF!? How do the whales crashing into the ice make the helicopter crash?

0:08:05 The crumbling glacier wall releases Giant Octopus and Mega Shark who were frozen in the ice in mid-battle. Frozen See Food.

0:08:19 We are shown the Kobayshi drilling platform of the coast of Japan. ‘Kobayshi’ must be Japanese for ‘red shirt’.

0:09:16 The octopus scores the first point by taking out the drilling platform.

0:11:06 A giant whale carcass festers on the beach. Probably a victim of Mega Shark, who didn’t eat any of it so probably killed it for fun. Much like the FBI tourists in the background, who’ve come by to gawk on their day off.

Let’s get a drink.

Debbie to her oafish assistant

Lol, I’d assumed she meant in a bar but she meant cheap pints out of a brown paper sack on the beach.

0:18:08 Score one for Mega Shark. He just ate a passenger aircraft. Bet he likes the chewy bits inside…

0:20:06 Emma meets an old doctor friend who speaks with a poor Irish /Scottish/English accent. His smile says he hasn’t heard of ‘half your age plus seven’.

Without making too much of a hail Mary about it…

I don’t think that means what he thinks it means.

0:22:47 We learn Megladon is a prehistoric giant shark. As though we really needed the science to shore up this story. What this film is lacking, and what Sharknado had, was the balls to say ‘sod the logic, let’s jump face first into the action, shall we?’

0:24:21 The Japanese doctor from the detention centre meets up with Lamar (must be black Irish?) and Emma. It’s like the UN: UNinteresting.

0:28:41 WTF!? Emma says the polar ice caps are melting, and so we’re getting what we deserved…when she witnessed first-hand Moby Dicks’ destroying them. #Eco-illogical

0:30:16 WTF!? The American naval destroyer is trying to kill the shark with anti aircraft guns.

0:32:01 The three stooges are taken to Treasure Island US Naval Air Command Station where the guards wear sunglasses in the dark as well. Perhaps they contracted a problem from the film, which is an eyesore.

0:36:21 Lorenzo Lamas and his ponytail are deep in the Navy (#LGBT). He agrees to corral Giant Octopus and Mega Shark in the Tokyo Bay and San Francisco Bay, disrespectively.

0:37:11 They must be working hard on finding a lure to attract the beasts into the bays, look at the colours on the test tubes. Either that or they’re making a gay pride flag.

0:39:49 Emma wants Asian scientist to stuff his fortune in her cookie.

0:42:19 They decide to attract the animals into the bays with pheromones. Something smells fishy.

0:55:57 Mega Shark is eating the Golden Gate Bridge. Because he wants to eat on the road?

What the fuck happened?

Shimodo: This cannot be allowed to happen. The effects of multiple underwater nuclear explosions would be catastrophic. The devastation of marine life, unimaginable, and miles of oceans would be poisoned with nuclear fallout.

Lamar: And also the potential for coastal damage and human casualties is extremely high. Plus, massive tidal waves…

Emma: We’d better think of something else, fast!

Shimido: I suggest we all get some rest and reconvene.

The jokes are already written.

0:59:56 After a badly filmed nightmare (not a euphemism for the film) Emma realizes the solution is to get the monsters to fight each other.

1:08:32 Mega Shark is hot in the tail of the sub, yet the torpedoes miss their mark? I wish the director would make up his mind about the the size of Mega Shark. Is it big enough to eat a bridge or not?

1:11:42 The Japanese speak better English together on their sub than many of my mates.

Naval Commander: Best guess, what’s the width of that range.

And your worst guess?

And the submarine is at top speed. The American comprehension of the metric system is the scariest part of this film. 10 meters is the same as 10 yards… By the time they finish saying that sentence, they’d be plugging the son of a breach.

1:18:05 Mega Shark gets a hold of the submarine but the heroes have enough time to get away on an escape sub. Too bad the other 130 crew members weren’t famous enough in the 80s to save.

1:21:39 Mega Shark vs Giant Octopus: Round 2 ends in a tie when the animals kill each other at precisely the same moment. Handier than a reach-around in a prison shower.

1:24:30 In a scene so orange filtered it looks as though everyone is wearing K-mart spray-tan, Lamar tells Emma and Shimodo that he’s found a massive sea creature trapped in volcanic rock. Roll credits. 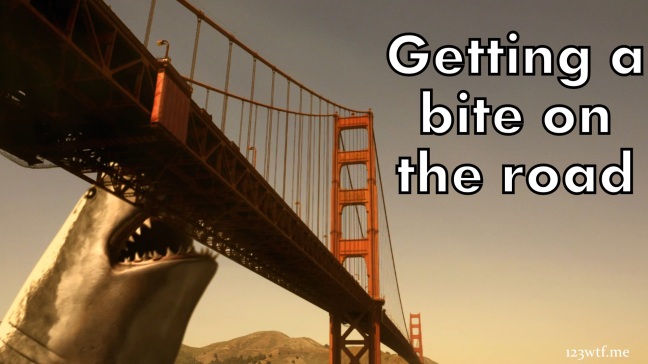 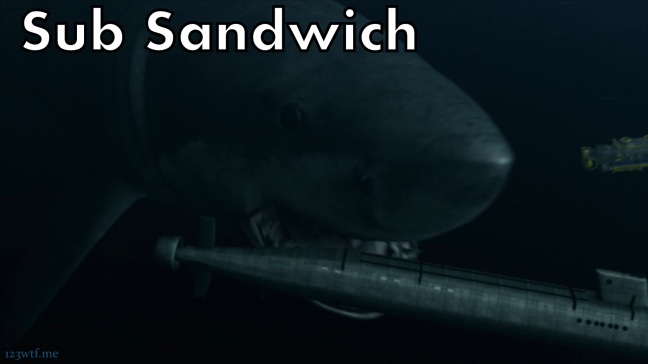 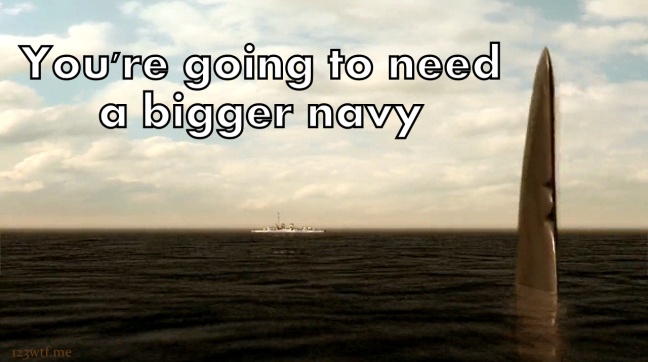