I shall be studying each word of The Zero Theorem, poring over each postulate and appraising every reaction to determine if its arguments are valid or if it’s all for naught. So read on only if you’ve already seen The Zero Theorem, or don’t plan to.

[My explanations are provided in italics where necessary, and a complete analysis of the themes is found at the bottom of the review.]

0:02:11 Kafka on LSD. Christoph Waltz (as Qohen Leth) answers the phone maniacally and hangs up disappointed whilst playing with test tubes of different colours and staring at an image of what looks like the universe being flushed. Oh yes, he’s also naked. And hairless. In case you needed confirmation that Terry Gilliam directed this.

0:04:16 This is the magic that Terry Gilliam brings to the cinema.

Everyone is getting rich… except you. Learn the secret to their success tonight at 8 on DumBC.

[Easter egg: Because I always go the extra mile for you while all other critics are leading real lives, I discovered the QR code in the above poster leads to the following video.]

0:07:57 Qohen is an ‘Entity Crusher’ at a company called Mancom where he uses a joy stick to manipulate the image of a cube in a game I call “World of Work Crap”.

[Explanation: Mancom symbolises the Human Being (and is a microcosm for Humanity – of which Qohen is a reluctant member but not a team player).]

We fear parties. We never know quite where to stand.

Joby says Qohen has to attend a party if he wants authorization from management to work from home so that he can be present to receive a Call. Qohen always refers to himself in the first person plural, and not because he’s a queen, I’d imagine.

[Explanation: Qohen uses the ‘we’ form because he’s an Everyman, meant to represent all of us.]

It’s my uncle’s. He lost everything in the Sit-On-My-Facebook crash.

Joby speaking to Qohen about the house

We’ve been waiting for a call all our life now. And although the nature and the origin of the call remains quintessentially a mystery to us, we can’t help but hope that it will provide us with a purpose which we have long lived without.

Qohen to Matt Damon as Management

[Explanation: The Call he’s anxious to receive is what he believes to be his Calling, i.e. his purpose for living and the meaning of life.]

0:18:12 While choking on a nut, Qohen stumbles in on Management again, who tells him he may have a project for Qohen which may prove mutually beneficial. Which means Management may represent a higher power than an earthly one. Or even the IRS.

0:22:04 Qohen is sent home to work on the Zero Theorem, which Joby tells him is an impossible task he himself worked on until he ended up “a few raisins short of a full scoop”.

That’s why Management made me a supervisor.

You’re a tough nut to crack, Qohen. And of course I don’t mean ‘nut’ in the pejorative sense.

0:34:04 Qohen has a break down…with a hammer on his computer and then his phone.

0:34:45 The beautiful thing about Gilliam is that every set is a tapestry.

0:43:25 Mélanie Thierry plays Bainsely, who arrives with a sex suit. Bainsley’s job is to “shoot trouble”,  i.e. she’s a prostitute who doesn’t perform intercourse. Like a professional wife.

0:51:12 Bob, a young lad and Management’s son (brain-child), works at Mancom for a summer job. He’s sent to Qohen’s home to repair his computer. While there, he speaks to a video camera and says he doesn’t need to be watched. We understand that all of the scenes shown through CTV lens mean that Management is watching the entire city all of the time. We don’t need to wonder too much what that’s meant to represent.

…and men are so predictable. #thankgod

You’re trying to prove the whole universe is all for nothing.

[Explanation: Bob is like a mobile phone, letting Qohen order food from outside and meet the delivery person, thus connecting with the world.]

1:09:26 Just as he’s about to insert his plug in her jack, Bainsley boots Qohen out for talk of betraying Management. I hate premature evacuation.

1:12:21 Qohen signed onto Bainsley’s site without the sex suit and found her in the middle of a traditional strip tease chat room. He was disappointed and she was sad, but a real man wouldn’t have let that bring him down.

1:15:28 Lucas Hedges, the young lad playing Bob, is a gifted young actor. A pleasure to watch, and I don’t just mean visually.

1:20:00 Perhaps the most romantic scene I’ve seen this year.

1:23:06 Bob helps Qohen go outside for the first time in years, so he can stay connected.

1:27:04 Qohen destroys all of the video surveillance cameras in his place because Bob is sick (and not in the ‘fun, 3-tubs-of-butter-and-a-goat’ way.)

1:32:36 Using the computer sex suit, Qohen inserts himself into the Zero Theorem machinery.

Qohen (Christoph Waltz): So there is no answer?

Management (Matt Damon): That depends on the question.

Qohen: What I’m living for.

Management: That’s a good question, Mr Leth, posed to the entirely wrong person. You seem to have mistaken me for a considerably higher power. I’m not the source of your call. I’m not God or the Devil. I’m just a man, seeking the truth.

Management: Turn around and look. That’s it. Chaos encapsulated. That’s all there is at the end, just as it was at the beginning.

Qohen: There it is, then. You’ve proved the Zero Theorem.

Management: Not quite. Mankind is still, as you say, crunching the data.

Qohen: Why would you want to prove that all is for nothing?

Management: ‘There’s money in ordering disorder.’ Chaos pays, Mr Leth. Chaos comprises a rich vein of ore, that with Mancom’s muscle will be all mine to mine. The saddest aspect of mankind’s need to believe in a God or, to put it another way, a purpose greater than this life, is that it makes this life meaningless.

You see, this is all just some way station on the way to eternity. The reason I chose you –  I mean, rather perversely, I admit – is that you represent the antithesis of the project: a man of faith. You see, you’ve persisted in believing that a phone call could give your life meaning. You’ve waited and waited for that call and, as a result, you’ve lead a meaningless life.

If you don’t get that, well, you can always get back on your knees and continue praying for a reboot of the Twilight franchise.

1:38:01 When the central server breaks down like a brain, a black hole of photographs and memories forms, and Qohen leaps inside of it.

[Qohen has had a mental breakdown. The entire world he inhabited was, in fact, himself. When the “neural net” crashed, it meant his mind snapped.

The song playing in the credits (and the main musical theme of the film) is Radiohead’s “Creep”, as performed by Karen Souza.

1:41:08 During the credits, we hear Bainsley’s voice as she finds him lost in his thoughts. Like Brazil.

The Zero Theorem is the story of a dystopian future in the computer age. Qohen (Christoph Waltz) is an Everyman (he even refers to himself as ‘we’) who works as an ‘Entity Crusher’ in a computer company (Mancom, representing the Human Being as a microcosm of the Human Race). He would prefer to work at home, especially as he’s 1) socially inept and 2) waiting for his calling: he believes that he will receive a ‘Call’ which will give him the meaning of life and purpose to his existence.

Qohen confuses Upper Management (Matt Damon) with a Higher Power. Management then tells Qohen he will receive his Call if he can validate the Zero Theorem: the concept that our existence is worthless. (Notice the irony that Management promises to give Qohen the meaning of life if he can prove life is meaningless?) Along the way, he dabbles in cybersex with Bainsley (Mélanie Thierry) and befriends a young man (Lucas Hedges as Bob) symbolising smart phones and modern technology.

At the end, the Neural Net (master computer) crashes, and we learn that the universe Qohen lived in was really a metaphor for himself. He has had a breakdown and lives happily ever after in his madness, while the Neural Net (symbolising the Internet and technology in general) repairs itself and goes on without him. 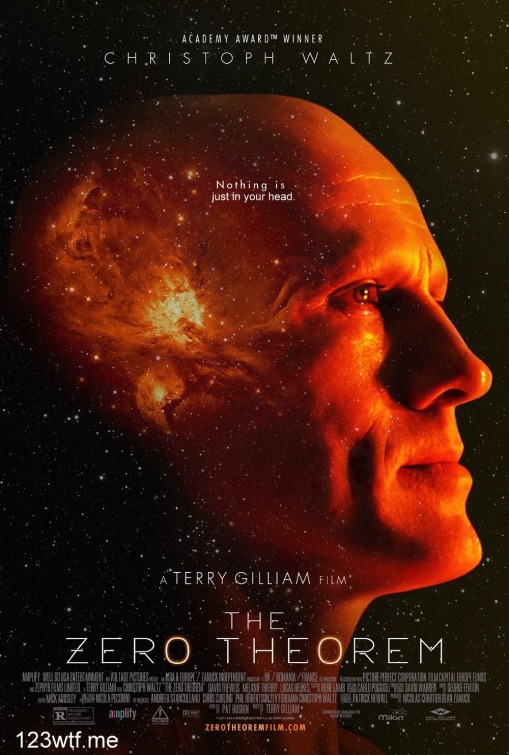 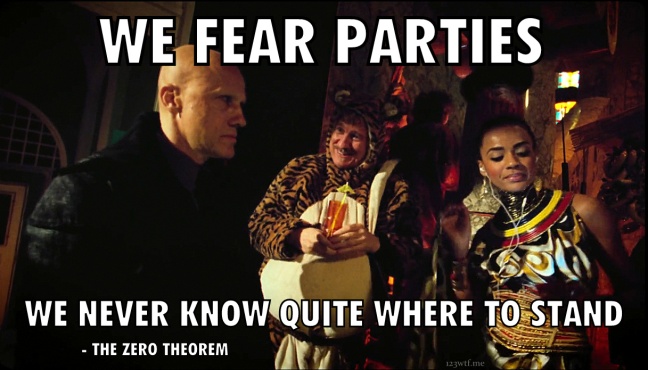