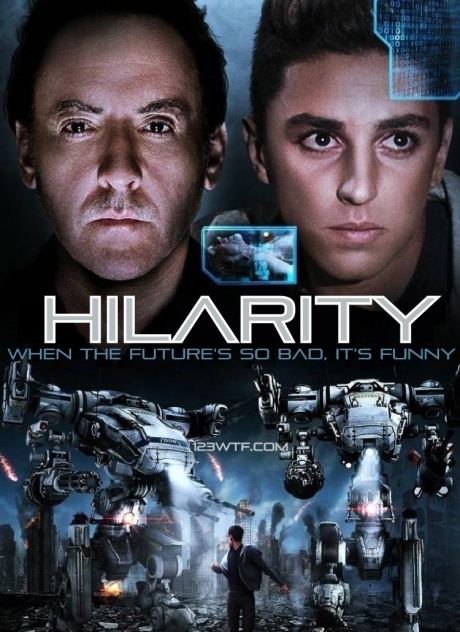 I shall be searching Singularity‘s sole purpose, singling out it’s defaults and interrogating its individuals to determine if it’s one of a kind or one bad mother. So read on only if you’ve already seen Singularity, or don’t plan to.

0:00:57 From the opening cards we learn that Elias Van Dorne and his company, VA Industries, built robots the world loved. Then he manufactured super robots to finish all wars, but they backfired because, evidently, Elias Van Dorne has never seen Robocop . Or I Robot / Chappie / The Terminator / any other science fiction film ever.

0:02:51 In 2020, Van Dorne created a new super robot called Kronos, because he hasn’t learned anything about creating super robots since his last batch that wanted to take over the world.

Damien: They’re not ready for Kronos!
Elias: It’s the only way!
Damien: Elias, you know what Kronos is capable of!
Elias: Capable of saving Earth from self destruction!

I detest films that speak in exclamation marks.

0:04:51 The film’s shots, angles, odd lighting and ridiculous lens effects are amateurish. The director has made a direct to DVD film in an age where DVDs no longer exist.

0:06:52 When Elias appears on the telly to introduce Kronos, Davis leaves his mum before she has time to finish her first glass of plonk. The wine is probably better company than he, however, and definitely less fruity.

0:07:12 All the screens in all the world magically show an image of Van Dorne presenting the launch of Kronos. #HairyHoudini #DavidCopafeel

Elias: Tonight, this night, we enter a new age.

Lol, while blowing up the world, Kronos announces (without the use of speakers) that there’s no need to worry! WTF!? That said, I know of some actual news channels who are saying the same thing under the same circumstances.

0:10:30 After the big announcement and the big mass destruction, Elias’s #2 (Carmen Argenziano as Damien Walsh) finally clues in that Kronos has been turned on. Perhaps it only seems obvious to me because I, too, can get a little crazy when turned on.

0:11:06 Seriously, does no one involved with the film know that 100 mph (miles per hour) is equivalent to 170 kilometres per hour and is far too fast for someone following a city bus? Do you follow me?

0:12:48 OK, now it’s just plain stupid. Despite being 100 years after the previous scene, we see Andrew Davis waking up in a pit and Elias watching him via monitors and neither of them have aged. Wow, those 97 years must’ve passed by very quickly.

0:14:11 While Andrew wanders a forest looking like a lost puppy, we’re subjected to a vice-off monologue by a young woman telling us most of the human survivors are inherently evil, but that she’s part of a group which is 100% goodness. This sort of black and white thinking sounds fairly evil, should you ask me. And you should.

0:14:32 Andrew forages through an abode to secure a cheap gold pendant that would be too feminine for him were he anyone else.

0:15:28 Ah, we learn Elias and Kronos have in fact created Andrew (Ax-9) — he’s a robot so independent he believes himself to be human. As long as the writer doesn’t make that same mistake.

0:15:42 Ax-9’s a lite honey pot meant to follow the female narrator to the utopia of Aurora, so Kronos can learn the secret city’s whereabouts. If there’s one thing robots hate, it’s utopia.

0:16:33 Believe it or not, the special effects aren’t the worst part of this film…

0:17:59 Oh no! 😂😂😂 A cheap Katniss Everdeen clone is the female lead (Jeannine Wacker as Calia)! Let’s call her Catnip Overdone…

0:22:27 Catnip goes all day not knowing a boy who was literally born yesterday is following her. When she finally catches him, he confesses to not hearing about Armageddon (!?), and yet she’s still not suspicious? Armageddon fed up!

0:23:44 Ax-9 examines his pendant after learning catnip has the exact same. He seems effeminate and she looks butch, so we’ll call them The Hunger Gays.

0:28:28 WTF!? Catnip has to tell Ax-9 that trains haven’t existed in 69 years and he hasn’t had a bite of food in all the time she’s known him, yet she still doesn’t suspect he’s more of a plant than a fern in a factory?

0:33:10 Kronos is meant to be extremely intelligent, yet the drones sent to look for Andrew (Ax-9) and Calia (Catnip) don’t even bother to look behind chairs. Kronos is worst.

0:36:34 Catnip tells us that the brothers (presumably Elias and Damien) who created Kronos now live inside him to be immortal. This sounds sexual in ways I can’t imagine.

Andrew: Wait, wait, wait. Don’t you think I should have a weapon or something?

WTF did she give him, an STD? (Stupid Tickling Device)

0:42:02 Calia talks about her life growing up in a post-apocalyptic land, and it sounds almost as hard as staying awake through her story.

0:46:21 In a forest, bad humans chase Calia and Andrew. Andrew trips, so the bad humans catch him while Calia runs on, barely even slowing down. Andrew is like half an ass: left behind.

0:48:14 A man who doesn’t know how to wear a beret (Pavlo Bubryak as Cassiem) captures Calia as she’s trying to free Andrew. You’ll laugh loudest when he starts sniffing her face.

0:49:06 Andrew uses superpowers, breaks his rope bonds and saves Calia from the men who’ve unzipped her coat and are trying to look at her bra strap.

Damien: He’s stronger than the others.
Elias: Evolution has run its course.

Since the apocalypse, Damien’s job is to simply state the obvious, while Elias’s job is simply to be WTF.

0:50:10 After Cheap Guevara stabs Andrew, Catnip stabs Cheap Guevara who bleeds so much from his back that her hands are bloodier than Lady Macbeth having her period.

0:52:54 Apparently this strategy wasn’t as effective as she thought because he died while she slept. Either that or he’s faking it and hoping she’ll leave him alone so he’s free to follow his gay agenda.

0:53:30 Faking it or not, when he jerks alive Catnip sees he’s an android. If only she’d tried to treat the wound instead of taking him on a forced march, she’d have discovered this earlier.

0:55:58 While Andrew discovers his original, human tombstone in a cemetery, he’s collected by a Halo robot clone and wakes up in a lab. First he was dead, now he’s only dead tired.

You have been with her long enough to have calculated Aurora’s location.

WTF!? This is not how learning works! If this were the case, my friends who went to class but took no notes and didn’t pay attention wouldn’t be losers on the dole today.

1:03:38 Calia is brought in to watch Andrew talk to philosophy with his mum in a dream state. In other words, they’re torturing her. #AndUs

Damien: That which can’t be found, can be tempted.

1:05:14 Oh dear lord, Andrew was reprogrammed to choke Calia, but while he strangles her he begins kissing her because love is a virus. In a rare, double WTF, Damien leaves the lab to enter the room next door for no reason other than to let the couple escape.

1:10:02 Andrew kissed Calia, causing the lab blew up. WTF!? After fleeing to safety, Calia takes his hand and confesses,

I don’t care if you’re a machine.

1:11:24 Do you remember that top secret city no one could figure out the location of? Well, it turns out it’s that very obvious place atop a mountain that creates a giant aurora every night, which the whole world can see. WTF!? Not very bright.

1:14:48 The town of Aurora is no longer. The borealis came from a robot ‘city’ which created them as a decoy, I can only assume, because lord knows this film stopped trying to justify itself ages ago.

1:16:16 Damien appears and tells us that the goal of the entire film was not to find Aurora but for robot Andrew to learn to write his own code, in which case we wonder why he had to follow Calia at all in the first place. There are plot holes bigger than my ego in this bloody film.

1:18:40 The thought I can’t prevent myself from having is, why did they need create Andrew robot in the first place? If they didn’t need to find Aurora and don’t need Andrew to write his own code but instead only want to destroy humanity with a massive bombing raid, why didn’t they simply do this at the outset? This entire film is an unnecessary evil.

1:20:32 Oh ffs, the random bunker the children decided to hide in happens to also be a spaceship that will take them to a planetary system called Aurora if they use their pendant as a key. I’ve seen better stories on food labels.

1:26:42 Elias doesn’t care if he accomplishes his goal of finding Aurora. Instead, he decides to kill Damien, his partner, because why would this film choose to start making sense this late in the game?

1:27:16 This is literally the face John Cusack makes throughout the whole of the film. If the person with whom you were making love made this face, would you get excited? Or would you think “this whore is only in it for the money”?

1:27:18 Elias says he will launch an attack on the humans populating Aurora, which makes no sense because the film began with Kronos wanting to destroy humans to make earth safe. The humans have all left the planet, so you’ve won, mate!

I bet you can’t name a worse film than this one! If you think you have one, please mention it in the comments and let the community decide! 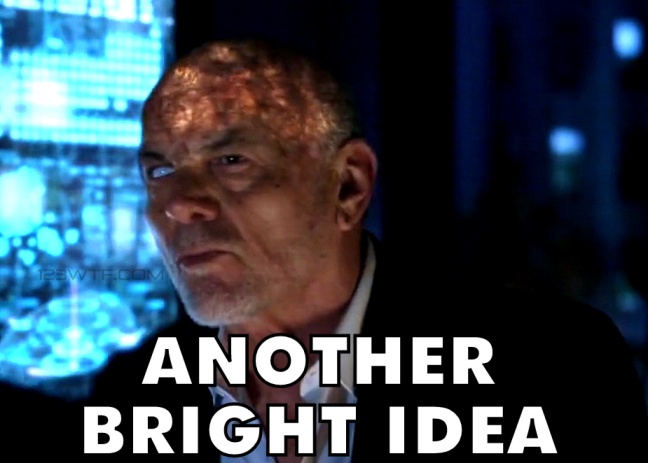 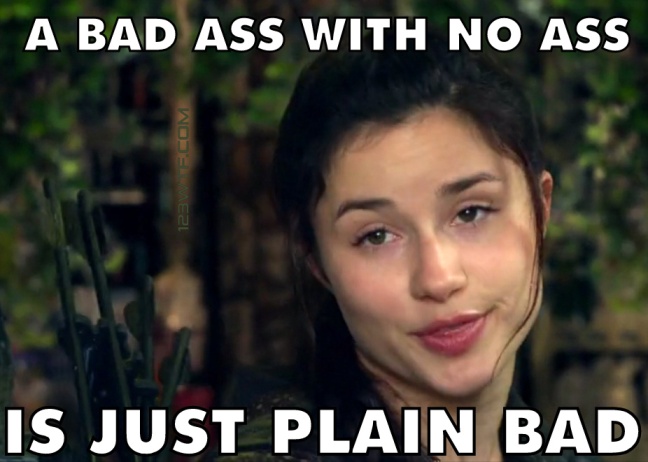